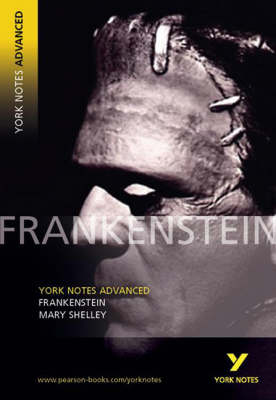 There is always a starting point. The Book Frankenstein or the Modern Prometheus marked the foundation for horror-based science fiction. It carved the path for out-of-box thinking and imagination.
Percy B. Shelley, Lord Byron and Mary Wollstonecraft Shelley had a competition in 1816 for writing the best horror story. Mary thought about giving life to Frankenstein, at least on paper. The book is a perfect example of the power and extent of the human imagination. It describes the effects of human cruelty and the potential hubris of science, and the gulf between essence and appearance.

About Mary Shelley
Mary Wollstonecraft Shelley or Mary Shelley was an English novelist. She was famous among the literary crowd for her book “Frankenstein, or The Modern Prometheus”.
Mary was born on 30th August 1797 in London to political philosopher William Godwin and feminist activist Mary Wollstonecraft. After her mother’s death, her father gave her a much-needed education. She might not have received the education in a conventional way; nevertheless, she got a well-deserved education.
In the early 1800s, she met an upcoming romantic poet and her father’s political follower, Percy Bysshe Shelley. After a long courtship, they married in 1816. Mary had trouble keeping her pregnancy. After a few deaths of her newly born babies, she had one surviving kid, namely Percy Florence Shelley. In 1822, her husband drowned during a storm which was a significant setback in her life. Later, she devoted herself to publish her husband’s works. About the Book – Frankenstein, or The Modern Prometheus
Frankenstein, or The Modern Prometheus, is a perfect mix of Gothic horror stories and science fiction. The book contains a story of a young Swiss scientist, Victor Frankenstein, who performed an unorthodox scientific experiment. During the experiment, he created a sapient like creature from the body parts of various corpses.
The book is in epistolary form, meaning it is a collection of documents forming a story. Even though Victor wished to create a beautiful creature, the end-result was hideous. After seeing his creation, Victor fled the place and started roaming the streets. The creature that resulted from Victor’s experiment was abnormal but rather intelligent. After being abandoned by his creator, he went into the wilderness and attached himself to a family.
The creature observed the family while staying near them and started learning their language. He also came across some books which taught him a great deal. Afterwards, he wanted to befriend the family. However, his hideous looks scared the family away. This incident left a bitter taste in the creature’s life. He started feeling hatred towards humanity and started searching for his creator. He believed his creator is the only person who can provide some answers. The creature is neither evil nor a saint. In the whole context, one will come across several incidents to understand the thoughts of the creature. Victor, as well as the creature, faces conflicting emotions about their existence and decisions. In the end, both die with loads of regrets and dissatisfaction towards life.
The book makes us think about science and technology and the consequences of reality. Even though it includes traces of romance, horror, and multitudes of emotions, it still science fiction.
Many producers and directors used the book as the base for their movies. The adaptation of the storyline has given several blockbusters and hits to the world audience. The various storyline based on unlimited imagination and a little science makes the book different. The same uniqueness makes movies unique too. Wrapping it up, with feedback:
“Excellent book, chilling though, a frightful insight into how reality could be if the human race becomes any greedier. Also, a reminder of the cruelty of society, this book explores many themes, including how monsters are made, not born, and how ambition can be as much of a vice as it can a virtue. As Explored in Frankenstein, ambition can be blinding and can have catastrophic consequences. Overall, an excellent read for people of all ages. I would highly recommend it.”