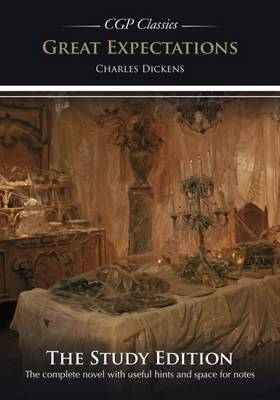 Charles Dickens’s Great Expectations is one of the classics. This novel grew slowly amid the masses, but once it did, it was an immense success. Great Expectations is a realist novel presented in an adventurous way. The background is of the Victorian era, and the novel takes readers back to the early nineteenth century. The first publications were in a weekly magazine, from November 1860 to August 1861. Later, three volumes of the novel came out of this weekly publication.

The opening characters are Pip and his current family- sister Georgina and brother-in-law, Joe. Pip is an orphan and comes from a humble background. The realisation of being from a poor background carves a new path of his life within Pip’s mind. All happens following a visit to Miss Havisham’s home. With determination, he is ready to change things for himself. But eventually, he joins Joe as a blacksmith apprentice.

What? Pip did not know that his life already took a massive turn even before his visit to Miss Havisham. It goes back to the day when he met an escaped prisoner. Pip shared food with the prisoner, who was eventually caught. What led to his recapture? Did Pip play a role in it? If yes, repercussions are waiting for Pip in the future. However, Pip forgets his past actions quickly. He accepts an offer for further studies in London, sent by a benefactor.

But Pip has a lot to offer- more than one can accept from a conventional hero. The story unfolds the true personality of Pip. The characters around Pip are no less unconventional either. They are deep, sweet, malicious, self-centred, choice-driven, helpless, witty and yet heroes of their own life. It was Charles Dickens’s way of laying the groundwork for the characters in his stories. One moment, you may consider a character to be a good human being, and by the end of it, you’ll denounce it completely. That is how classics become a reality. Coming back to Pip’s life, he is learning to be a gentleman. But would it ever be enough for him? Eventually, Charles Dickens introduced a new character in the novel, Estella. Pip is very interested in her. But he is getting rejections from her. Is this the reason he wants to leave for London? Ultimately, Estella marries somebody else. Her husband is not very loyal, and she knew it. Yet, she chooses to put up with him. Why? Was she guilt-driven for rejecting Pip? Or, does she have an entirely different story to tell than Pip’s? The Dickens novel’s main enjoyment is that readers never find him worshipping his characters in his novels. Readers get to grasp the depths of every character. Estella is a beautiful girl born in luxury. However,  she was adopted. She did not fall for love. She rejects Pip more than once. She prefers to marry a wealthy man. She did so deliberately to get back to all her suitors and her mother. By getting into a loveless marriage, she intends to vindicate her mother. That’s what she thinks by taking an independent, yet so unpleasant, a decision in her life.

But Estella is not the only character with a twisted approach. Pip is no less. His journey takes him in different directions. The irony is, he was the one who was feeding an escaped prisoner at the beginning of the story. There are more lies in Pip’s life. Read Great Expectations to find out.

Charles Dickens is an esteemed novelist. Great Expectations is his thirteenth novel and the second novel in a picaresque format.

Great Expectation was a coming-of-age novel that inspires global media attention even today. Many movies and new age novels have snippets of stories from this novel. Charles Dickens created something unconventional through his writing style, which depicted rejections, poverty, social status, desires, and vindication.