Driven by revenge and vengeance, Prince “Hamlet” is the central character in this play. He neither fell in the protagonist nor antagonist category as every reader has a different perspective on his character. Some treat him as a hero, whereas others think of him as an evil-minded person. In the end, “Hamlet” is a story about a son finding his father’s killer and trying to understand his mother’s betrayal.
“Hamlet”, named initially as the “Tragedy of “Hamlet”, is one of the most famous tragedies by William Shakespeare. With 2500+ words, it is one of the most extended plays. William Shakespeare wrote the play between the late 1500s and early 1600s. Many critics believed that “Hamlet” is one of Shakespeare’s most famous works. Many literary people or bodies consider it the most powerful and influential works of world literature, with a story capable of “seemingly endless retelling and adaptation by others”.

William Shakespeare does not require an introduction. Everyone in the literary world knows him by his works and have grown reading them. He is known as the world’s greatest dramatist. The list of tragic plays and dramas is quite long for William, and each one is equally amazing and appealing. However, “Hamlet” is one of his best work, as per the readers. It is surprising to know that the play is the most filmed story after Cinderella. William Shakespeare died at the age of 52. However, before leaving the world, he wrote 39 plays, 154 sonnets, three long narrative poems, and a few other verses. He was very active in the later years and wrote most of his work between the 1580s to 1613. He dipped his pen in a variety of genres, including romance, comedies, histories, and tragedies. In “Hamlet”, Shakespeare used his standard poetic style of writing, i.e., blank verse. It offered the play a unique power and flexibility. 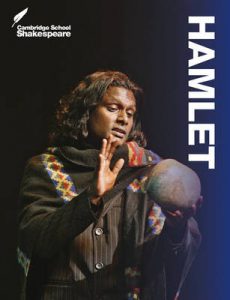 When it comes to the plot of “Hamlet”, one can say William outdid himself. He showed how fighting for justice can also take an evil turn or give birth to evil. The play starts with Prince Hamlet mourning his father’s death and then moves towards finding the culprit with his father’s ghost. During the search, he played mind games, plotted, and planned a lot of evils acts. Starting from behaving like a mad man, he threw everyone from their games. Prince Hamlet’s character is as difficult to analyse as an intertwined wire. As soon as you unravel one mystery, a new knot takes its place. The other complicated character in the play is Hamlet’s mother. Till the end, nobody knows her side of the story or the angle on everything going around her. As soon as her husband dies, she marries her brother-in-law. When her son comes for justice for his father’s murder, she threw him under the bus too.

While reading, several questions come to mind. Why King “Hamlet” die? Why Claudius killed his brother? Was the murder planned due to greed? Why did he marry his sister-in-law? In the end, why Claudius plotted Prince Hamlet’s murder too? You will find the answers to these questions only after reading the book in-depth. Then also, every reader will bring something unique to the table.
Wrapping it up with anonymous feedback, “Arguably the greatest work written in English, Shakespeare’s “Hamlet” is a joy to read, and, with a lesson in every sentence, is also enlightening in the upmost. Including some of the most famous lines ever written, “Hamlet” walks on higher ground than just about anything else.”