How would you define misery? The answers could be many, based on one’s own experiences of life. But imagine yourself into a post-colonial period, and then compare today’s miseries to then. Even technology was not present to keep individuals amused. Heart of Darkness is a story of one such post-colonial period. It is intense, intriguing, nail-biting, and yet complex. Difficult because Conrad intentionally did problematic writing.  He wanted readers to grasp the intensity of the plot. After all, those were not easy days. 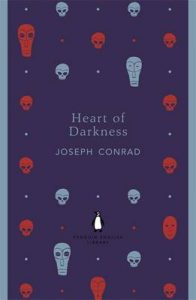 Marlow witnessed cruelty upon the people. Imperialism is never an idealistic approach and was not, even during the colonial era.

Indeed, Marlow is a wise and master storyteller. He tells a story from one of his life’s experiences, where he was on a Congo river voyage. This voyage leads him to a more hard-hitting side of imperialistic truth. In his story, he was the captain of the voyage. His task was to bring back Kurtz because of his indifference to an over-ambitious project. But things turned south very quickly with firing upon indigenous natives, Kurtz’s death, and Marlow’s near-death experience.

The backdrop of cruelty depicts realism. It mocks the created astuteness of colonial glory. In Heart of Darkness, one can quickly notice the atrocities committed upon the natives, indigenous and ordinary people. Readers readily accept and grasp the level of difficulties Conrad tried to portray through his writing in the book. It shows the hypocrisy of the colonial period and the treatment of the natives as mere objects. The colonialist exploited the resources and captured and controlled the indigenous people for power. And, the chaos it created was as real and painful as it might have been on any day of any era. Joseph Conrad did not live long to see the glory of his hard-hitting novel, which gained popularity in the 1940s to 1950s. The journey, nicely described with illustrations, that Marlow takes to find Kurtz is very profound. Kurtz became very ill. It could have been Marlow too. However, the protagonist needs to outshine as a wiser self. His journey to find Kurtz through the Congo river made him wiser because of all the difficulties he faced. He got a new perspective about his surroundings and life. Apart from this, he survived the jungle and survived the firing in bringing back Kurtz. Once fully revived, he understood what the colonial world has done to the surroundings.

Many readers regard Joseph Conrad (Dec 1857- Aug 1924) as a modernist. His works are primarily into realism. His anti-hero subjects are the most popular characters. Adaptation of his stories is not a new phenomenon. Regarded as one of the top novelists and story writers, he has inspired many upcoming novelists of current times. Heart of Darkness was Conrad’s finest works. Imperialism and colonialist atrocities weren’t a secret anymore, yet this novel was eye-opening to most of the world. Let’s wrap up with a review of a reader:

“This book is the only book that I have ever read that I still feel like I have very little grasp on. Conrad creates in his story an amazing setting in which much of human life is analysed and commented on. The book seems to transcend traditional storytelling and, as a result, feels very personal and important. Its greatest feat, however, comes with its applicability to today. Although much time has passed since it was written, the themes presented have experienced no wear or tear. Everything presented within this novel is still relevant today, to a point where it is almost scary.”