Jane Eyre is one of the most famous romance novels of all time. Just like Pride and Prejudice, it has strong content and a beautifully romantic story. Charlotte Brontë wrote and published the novel under the pen name “Currer Bell”. The novel showcases many elements which were taboo in society at the time. A male pseudonym helped it gain the recognition it deserves. Literary critics categorised this novel as a bildungsroman, a genre where the story focuses on the protagonist’s moral and psychological growth during youth to adulthood.

Jane Eyre is the fictional character as well as the protagonist in the novel. The story revolves around her experiences, physical and psychological growth, and her love life, and it touches several societal issues. Social criticism, class, sexuality, religion, and a strong sense of feminism made this novel stand out in that era. Jane Eyre’s solid personality is not the only characteristic that supports the point. The novel was ahead of its time because of these elements.

Reading the book, one notices the repeated instances emphasising Christian morality.  It also includes the elements of social criticism in the content. As per literary critics, “Jane Eyre revolutionised the genre of prose fiction”. It is one of the first novels which focused on the moral and spiritual development of the protagonist. After the novel was published, many critics called Charlotte Brontë the “first historian of the private consciousness”.

Charlotte Brontë was a famous English poet and novelist. Most of her work is now part of English literature classics. Jane Eyre was her second novel, as many publishers rejected her first novel. Brontë believed in writings whereby personal experience led to beautiful stories. She wrote Jane Eyre based on her personal experiences and delivered it to the world with a unique charm that tempted people to read and explore. It also helps one to learn about so many rebuttals against everything else. 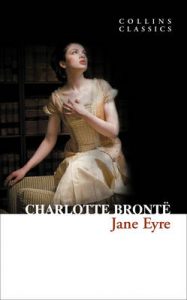 After feeling like an outcast during her whole life, Jane connected with Mr Rochester. She was hired as the governor to take care of Mr Rochester’s ward, Adèle. Jane shows a robust and independent streak and portrays many feminist characteristics. The novel starts with Jane’s childhood when she faces hardships that only strengthens her personality and beliefs.

Jane’s need for independence and freedom remains strong throughout the entire novel. She never sways from her beliefs, principles and a strong sense of morality but, instead, she portrayed a solid determination to live a life with them. Eventually, she fell in love with her employer, married Mr Rochester and lived a successful life. Wrapping up with feedback from an avid reader:

“Fruit for the intellect! Bronte’s prose is simply divine, each beautifully crafted sentence a joy for the soul. I found my philosophy of life in this excellent classic, which I have studied countless times and never tire from reading. From British Imperialism to Feminist Orientalism and the Gothic, it has surely transformed my outlook on life. Jane is the quintessence of female independence. Jane and Rochester’s relationship is perhaps the most authentic and true-to-life fictional relationship that I have read about (perhaps we might sneak in Jane Austen?) A sort of twist on the fairy-tale Beauty and the Beast. Simply marvellous.”